Smash Brothers is something else.

Sure, nowadays giant crossovers between video game franchises may seem commonplace, but when the original Super Smash Brothers released for the N64 in early 1999, people were absolutely floored to see Mario fighting with Pikachu and Kirby – at least from what I’ve been told. As the wonderful gen Z-er that I am, I wasn’t born when that game came out.

Nonetheless, I can say with certainty that since the days of Super Smash Brothers Brawl on the Wii, the series has remained in my top 5 favorites of all time. And, out of all the games in the series (yes I have played them all) Super Smash Brothers Ultimate is, in my opinion, worthy of its title and has become my series favorite because HOLY CANNOLI RAVIOLI this is a really, really good game.

For those of you that aren’t familiar with this series, Super Smash Brothers (or Smash for short) is a mixed party/fighting game that features a huge lineup of iconic video game characters (mostly from Nintendo but we’ll get to that later) that can be played. It is insanely popular among both casual and hardcore gamers thanks to it’s customizable gameplay via toggable mechanics like items and stage hazards. It is relatively easy to pick up and play, as long as you choose the simpler characters. And speaking of characters… This game literally has the most impressive lineup of playable characters (or fighters) ever. While the original intention of Smash was to create a roster that celebrated the most iconic Nintendo characters, after 20+ years it has expanded to a celebration of the most iconic video game characters of all time. If a character gets added to Smash, they are usually hailed as a video game legend.

The lineup is seriously unbelievable. I don’t think a single smash fan out there ever expected it to become what it is now. You’ve got Sonic the Hedgehog, Pac-Man, the inklings from Splatoon, Banjo & Kazooie, and even Steve & Alex from the best-selling game of all time, Minecraft. Make a note, however, that some of the characters I am talking about are available only via paid DLC. That is totally acceptable in my opinion as the game launched with the biggest roster in the series along with a wealth of other content. At the time I am writing this, Smash Ultimate has already been on the market for 2 years and they are still continuing to add new characters.

This celebration of video games includes more than just the characters though. Each character comes with their own stage(s) and music as well, which is often remixed by whatever crazy good composers they have over at Sora Ltd. Beyond even this, they usually come with a whole set of “spirits” as well. Now, what are spirits, you ask?

Spirits are what make up the single player campaign in this game, known as World of Light. Although not as good as the Subspace Emissary from Super Smash Bros. Brawl, it is easily even better than it needed to be and took me nearly 20 hours to beat. In this mode, you travel through different worlds engaging in spirit battles, which are essentially characters/objects from game series that didn’t make it as full-blown fighters but inhabit (possess) the fighters who did make it into the roster. Each spirit battle has tweaked the enemy fighter to behave closer to how the spirits that inhabit them acted in their original games. For example, a dragon character that was well-known for breathing fire from their respective game would most likely inhabit Charizard, who is on the roster, and that Charizard would use its fire-breathing move much more often than a regular Charizard CPU would do. There are several hundred, if not even more, battles like these in the game. Once you have “rescued” the spirit (won the battle) they are deposited into an ever-growing inventory of spirits that have special powers that can be equipped and used throughout the campaign.

Oh, yea, there are also boss battles that use unique models and characters (not spirits) made specifically for the campaign. And they are awesome!

All of this and I haven’t even mentioned the graphics. Not to go into too much detail but they are unlike anything we have seen in Smash before, while EVERYTHING including 8-player battles on huge stages run in a consistent 60 fps, 1080p. I don’t know how they pulled this off on a less-powerful console like the Switch, but they did.

The only complaint I have with this entire game is the online. Like many other Switch games, it connects console-to-console instead of console-server, and it sucks. The latency is inconsistent & unreliable, and to quote some of the top Smash players, it feels like a different game. Don’t expect much from this front, but please understand this game still offers plenty to do offline even if you are playing by yourself.

Now, when it comes to morality warnings – there are more than you might expect here. These iconic video game characters and the spirits they come with include those from M-rated franchises – such as Bayonetta and Solid Snake from Metal Gear Solid. Although I would say they don’t bring anything too violent into the game with them there definitely is a good bit of sexualization and and occult theming, especially from Bayonetta (who is literally a sexualized witch). They did tone these themes down a bit to reach that E-10 rating, but by juuuust enough to squeeze on by. I would especially advise parents to take extra caution before purchasing this game for their kids. Honestly, treat it like it’s a T rated game.

Now, for those that do decide to get this game, you will find one of the most replayable, beautiful, and polished games that the Nintendo Switch has to offer. From a game-design perspective, this is probably one of the greatest games ever made and will remain ingrained in our memories many years from now, even more so than originals.

Gameplay – 4/5 (knocked down 1pt due to poor online experience)

Music: 5/5 (Hundreds of amazing tracks from awesome series which can be played in playlists while the switch is turned off)

Sex/Nudity: Some female & male characters and spirits have tight or revealing clothing and sexualized animations. One of the male characters, Shulk, has a costume in which he is in boxers.

Violence: Slapstick fighting & animations, some realistic guns are present, but no blood. Some of the bosses (Marx) and perhaps spirits can be quite scary, especially for children.

Language: None aside from what you might see in online names & voice chat (maybe words like hell somewhere)

Magic/Occult: Occasional appearances of demons, false deities, witchcraft and magic (mostly from Bayonetta). The single-player mode, “Word of Light”, pits you against godlike creatures of light and darkness who command “spirits” to possess fighters from the game. The mode’s theme song has some lyrics about fate and destiny, which clashes with the Christian notion of free will.

Online capabilities: This entry has more online features than past Smash Bros. games, including the ability to edit and post screenshots and video online. As with any online platform, some people use this in.. not very respectable ways. As usual, online features can be turned off via Nintendo Switch parental controls. 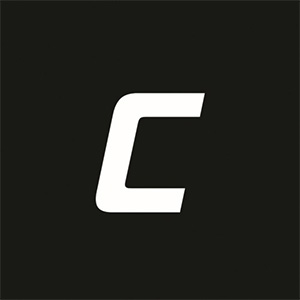