Sporadic Spire is a fairly new release by developer Contamination Studios, a tower-defense title about shooting bug invaders with towers before they reach the eponymous spire. It tries a few different things to “remix” the tower defense formula; they don’t all “land” together perfectly, but the combination warrants further exploration.

To start with, the maps are procedurally generated. There are a number of different biomes you can play in (as of the time of this review, I had unlocked the first special world type), but you’ll get a different map each time you play.

The paths are mostly “U” and “S” shaped, but the terrain really changes up from world to world.

Aesthetically, Sporadic Spire is a decent-looking game, if a bit simple. The individual towers within each class do often look a little too similar, and players might sometimes have to remember or guess-and-check which tile is holding which tower.

The terrain in the first world is a little bit of everything: Regular land, some with trees and some without, Some snow, some regular land, trees, beach, a little water, and even some snow. These are all significant, because you’ll begin the game with a relative lack of resources and have to seek and find the right places for towers that attack enemies, towers that assist other towers, and towers that gather more resources. The other world type I’ve unlocked so far is swamp, which has significantly more water and a fair amount of trees, but very little starting usable land compared to the basic world.

There are two basic resources: Basic “money”, which you get by killing enemies and is used to build towers, clear forest, or put “docks” on water that allow you to build towers on it, and “gold”, which is (aside from a small trickle for each wave defeated) only obtainable by “forestries” near forest or fisheries near water. Water in particular is a premium in the first map; you usually only get one or one and a half lakes to work with.

There are two emergent “resources” in addition to the two stated resources. One is “light”, which your towers will need in order to hit enemies whenever the game cycles through to night-time.

The other is the space itself used to place the towers. That might seem like an obvious statement for a tower defense game, but it’s accentuated by the sheer number of towers you need to build just to survive to begin with.

All in all, to actually finish a level, you have to manage the interwoven resources of money, gold, space, and light. Its resource management aspect feels fresh in concept, but unpolished in practice. I think part of this is because Sporadic Spire follows a pretty “long-form” approach to tower defense, with 35 waves to “beat” a level. Sometimes it feels like you simply don’t get a good map to work with, but with the right map terrains in the right places, the resource-management “clicks” and be manageable without being too easy. When you can manage it, the difficulty still curves downward a bit near the end of a given run.

If Contamination Studios makes future releases or updates, leaning into this resource management angle and refining it alongside the procedural generation could make for a compelling long-form tower-defense experience. As it stands, it is still an interesting experiment.

You can find Sporadic Spire on Steam here.

As of the time of this review posting, the last update for Sporadic Spire was made on August 7th, 2020.

— You kill a lot of monster bugs with many different kinds of guns and bombs, although the violence is not particularly graphic 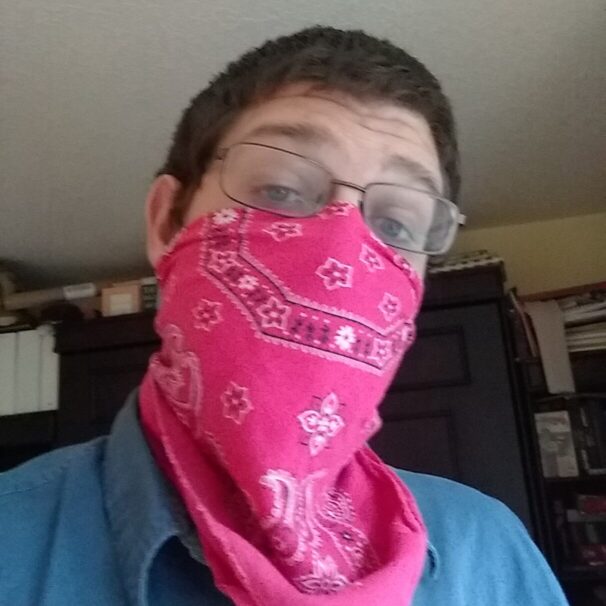 When not pursuing his career as a pink bandanna model, Dan-L takes a technical and editorial role here at Catholic Game Reviews: Site theming, miscellaneous content, and "reviewing" reviews for others. He has a soft spot for roguelikes and other games with procedural generation, which he sometimes engages with as a hobby.