⭐️Games that receive this star have a score of 95% or above. This is purely from a game design perspective and is not in any way related to our morality evaluation

It’s fair to say that everyone knows who Spider-Man is. He’s been featured in an uncountable number of comics and numerous movies, starring everyone from Tom Holland to “Pizza-Time” Tobey Maguire. He’s of course had several video games, but perhaps the most successful one is Insomniac Studios’ Spider-Man released in 2018 for the PS4, which was met with much critical acclaim. Since then, Insomniac has released Spider-Man: Miles Morales (and are currently working on a proper sequel) and at the time of this review are just about to release the first game on PC. To prepare for this occasion, I offer you my take on 2018’s Spider-Man.

To be completely honest I didn’t expect much from this game simply because it was about Spider-Man, but oh boy was I wrong! Not only is the map and gameplay amazing (which I’ll get to), but the story was similarly well done.

The story follows an older Peter Parker who’s been Spider-Man a lot longer than Tom Holland’s Peter. He’s graduated university, and still regularly visits his Aunt May at the homeless shelter she works at. The game opens with Spidey helping the police bust Wilson Fisk (a.k.a. Kingpin), but after he’s behind bars the power vacuum in New York brings new foes. A new gang from China called the Demons (because of their signature Chinese opera masks depicting traditional Chinese demons) begins terrorizing the city in search of an unknown substance called “Devil’s Breath.” It’s up to friendly neighbourhood Spider-Man and his ex-girlfriend Mary Jane to solve the case and stop them.

As basic as it may seem at first, this game’s story was definitely the darkest and most emotional Spider-Man story I’ve seen, and I loved it. It will make you laugh, get on the edge of your seat, and other times just cry. It also contained the best-written renditions of several iconic Spider-Man characters that I’ve ever seen, such as Aunt May and Norman Osborn.

Additionally, once you finish the game you have the option to play it again in New Game +.

In terms of gameplay, Insomniac really hit it out of the park. When fighting enemies, you can rack up combos and perform all kinds of maneuvers like hitting enemies into the air, yanking enemies’ weapons out their hands with your webs, and sticking them to the wall. The fighting is similar to that of the Arkham Batman series in the sense that there is strong flow in the combat.

Through leveling up you receive points to spend in the skill tree and can craft new web-shooting gadgets throughout the game like shock webs. You can even craft and equip different Spider Man suits from the comics and movies, each having their own special “suit power” (I did my playthrough wearing the suit from Spider-Man: Far From Home).

Many parts of the game require you to sneak around areas and stealthily web up enemies from above without being spotted, which can make for some very fun levels. You occasionally play as the super-powerless Mary Jane and Miles Morales, which require you to sneak past enemies by distracting them using objects in the environment.

The game’s map is a very thorough recreation of the entirety of Manhattan Island and is filled with activities. As you spend a lot of time swinging to different areas of the city to get to the next mission, you can do these side-quests quickly as you pass through the area (not to mention how fun it is to swing from building to building). Some examples of these quests are collecting Peter’s old backpacks to collect, stopping thugs, and photographing famous landmarks to take pictures of. To encourage you to try this stuff out instead of blasting through the game, the developers cleverly implemented pauses between story missions that force you to go out into the city and do world activities to pass the time.

One needn’t worry about janky graphics in this game. Thanks to the Unreal Engine, the game looks great. The visual designs of all the villains and their suits were different from how I’d seen them portrayed before, but in a good way. Their outfits looked modern and high-tech, but at the same time kept the subtle cartooniness of the comic designs.

The music is also very well done. Many times I stayed on the title screen just to listen to the theme, and during powerful story moments the music really gets you pumped.

Everyone knows that Spider-Man is a hero, but in this game, his will is really tested to the max. Peter goes through a truck-load of pain both physically and emotionally but continues to fight on to protect the citizens of New York, consistently choosing the common good over his own needs. These heroics are also seen in the selfless actions of Aunt May, Mary Jane, and Miles Morales, which often put them in danger. Meanwhile, the villains are characterized either by greed or by a desire to bring their own twisted forms of “justice” upon those who have wronged them at the expense of ordinary peoples’ lives. We as disciples of Christ know the importance of caring for others more than ourselves, and for some that means giving up everything to help those who have nobody to care for them. Like Peter Parker, we need to focus on the greater good, not only our own desires, and be willing to go the distance to achieve that.

Overall, Spider-Man blew my low expectations out of the water and proved itself to be an amazing game. The fun combat mixed with the compelling story made for a great experience, all capped off with the coolness of swinging around New York as Spider-Man. I’m very interested in where they will take the story in the sequel, but for now at least there’s Miles Morales right? So if you’re a PC player and debating getting Spider-Man once it’s available, you have my recommendation.

Peter often takes to lying or deceit in order to conceal his secret identity as Spider-Man. People’s differing viewpoints on whether it’s ever OK to lie might impact how you see this but, ya know, we aren’t trying to answer that question today.

Language: There is swearing throughout the game, about at the “PG-13” level for those familiar with modern cinema.

Sex/Nudity: There is a scene where a character tells their love interest they can stay at their apartment if they want, although it is unclear if it is meant to imply sexual acts. At least one sexual joke, although younger players might not get it.

LGBT flags and transgender flags are also present in some places in the game (flags from a building, painted on a wall, etc) but is never brought up in the story or by the characters. These can however be removed/changed via mods (on the PC version) or by using the middle eastern localization. And finally – the player can choose to wear nothing but boxers and the spidey mask. Silly Peter. 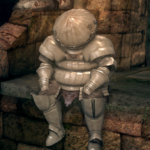 MicMan is an odd mix of things. He’s a massive nerd for sci-fi and medieval fantasy stuff, adores learning about history, and is writing a fantasy book series. His favourite saint has got to be St. Joan of Arc because she is just so cool, and he’s also a fan of Blessed Carlo Acutis. His favorite games consist of Elden Ring, Bloodborne, Dark Souls 3, Destiny 2, and God of War 4.