Horror, at least in visual media, is something I avoid almost as a rule. Whether it’s horror movies, horror TV shows, or horror games, I’ve never quite understood the attraction.  There’s exceptions – I appreciate a good Twilight Zone episode here and there, but Ghostbusters is about my limit on scary movies.  Call me a wuss if you must, but those images stick with me, and something about my brain tends to bring them up at the most inopportune times.  There’s nothing quite like being unable to purge some freakish film fiend from your mind after waking up at 2am, jumping at each shadow and creak while racing up to bed in the silence of the night.

It should come as no surprise then, to learn that I’ve never played Resident Evil. However, in this round of spooky month reviews, there’d never been a better time to face down that fear – and I’m glad I did. (In particular, with the Switch release of the remade original game.)

There’s a certain trepidation I have in reviewing Resident Evil, not just because of general squeamishness, but because it’s a classic that inaugurated both an incredibly popular series, and the “survival horror” genre in general. I have no doubt Resident Evil has been analyzed in granular detail by those much more equipped than this newcomer to the series.  Still, I hope our eyes of faith at CGR can provide a slightly unique perspective. So without further ado, let’s enter the mansion.

Resident Evil wastes no time setting up its atmosphere.  After a spate of gruesome murders, Racoon City sends the Alpha and Bravo teams of its elite police squad, S.T.A.R.S., to investigate.  The search goes awry as contact with Bravo team is lost, and your character (either Jill Valentine or Chris Redfield), must not only identify the source of the murders but find any survivors from Bravo team. An encounter with uncharacteristically feral wildlife near the wreckage of Bravo team’s helicopter forces you to take refuge in a mansion that is at once palatial and eerily empty. In accordance with tradition, you split up with your partner to cover more ground in your search for survivors.

Exploration of the mansion is the core of Resident Evil, and in some respects the gameplay feels much like a point-and-click adventure. Item-based puzzle solving and inventory management play a large role, but they are accompanied by an ever-present sense of danger. That pervasive dread is probably the most triumphant result of Resident Evil‘s design.  The limitations placed on your character invert the typical video game power fantasy, and make for a very unique experience.

Inventory space is at a premium.  Depending on your character, you’ll have 6 or 8 slots for the entire game.  There’s no backpacks, no keyrings, and you can only drop items off in particular locations.  What’s more – even saving the game is limited by a consumable item. As a result, not only does the capacity to save the game consume a precious inventory slot, but it also never gives you any lasting comfort. Have you accomplished enough to justify consuming a save? Do you have enough ammunition and healing items to make it to the next one? Resident Evil forces you to constantly answer these questions, and lets you imagine greater fears than it can conjure. (Though it does throw in some surprises, too.)

The puzzles are well-designed, never straying into the only-the-designer-could-possibly-solve-it obscurity adventure games occasionally contain.  There’s one puzzle that might be a little frustrating just because it requires precision placement of geometric pieces, but it’s not a struggle. Instead, you’ll feel rewarded for being observant and keeping a cool head amidst the mansion’s terrors.

Combat with those terrors may be the “weakest” part of the game, but I suspect even that’s intentional, as you’re not supposed to be an action hero. Being able to fight at all is a luxury you’ll have to balance against inventory space. Is it worth carrying the extra ammo if it means you’ll have to backtrack because you couldn’t pick up some essential item? Again, Resident Evil is forcing you to make difficult decisions, which is what makes it so compelling.

Visually, Resident Evil holds up very well – though I did play the HD remaster of the 2002 remake. The lighting in particular is very striking. Lightning from the storm outside will briefly brighten rooms otherwise dimly lit only by shafts of moonlight, which again serves to emphasize your sense of loneliness and dread. The pre-rendered backgrounds do show their age in spots, but their fixed camera angles are critical to the experience.  You never have the luxury of peeking around a corner, and often Resident Evil uses cinematic tilts to add to your unease.

It’s worth being aware of those angles when choosing a control scheme. In this remastered version, you have the option of a more modern control scheme (movement inputs correspond to motion relative to the current camera angle) instead of the tank controls of the original (movement inputs are always relative to the player character’s orientation, like driving an RC car).  However, since the perspective changes often, and not at your discretion, some players may prefer tank controls. I did not choose to retrain myself for them, but there were a few rooms where the quick camera changes made me almost regret that decision. As for the combat, the controls are pretty basic. If you have a firearm equipped, you can rotate your character to aim, and raise or lower your weapon if you feel it necessary, but that’s it. There is a knife you can use in a pinch, and defensive items that will be used automatically when accosted by an enemy, but often it is preferable to just avoid combat altogether. Again, the intention here is not to feel powerful. You have more in common with the epic-poem-Dante than video-game-Dante.

The voice acting is fine but I think the script is probably where things falter a bit. There’s not a lot of spoken dialogue, though, so it doesn’t detract from the experience. Most of the story is told through notes you’ll find throughout the mansion, as well as environmental cues. Music is there, but is never melodic. When you hear it, it’s either tense and percussive to heighten the horror of some encounter with the undead, or ethereal in the few safe spaces in the game. While you may not seek out the soundtrack for listening pleasure when not playing Resident Evil, its sounds will stick with you. Zombie moans, dog howls, thunder, crow caws, and more await to punctuate your journey.

Overall, Resident Evil was a fun experience, even for a scaredy-cat like me, and one I would have little trouble recommending (to those of an appropriate age). I suppose I should not have been surprised – it has apparently enjoyed enormous popularity for a reason. However – this is CGR.  What can we say about this game from a faith perspective?

Without going into too much detail, for fear of spoiling the (admittedly old) game for others new to it, Resident Evil proposes a scenario that results from nefarious actors whose pursuits are uninhibited by ethics.  It would not be a stretch to assume they believe scientific knowledge is the only form of knowledge, or at least the limit of what is worth knowing. Their deeds are not glorified, therefore the game at least acknowledges that there must be transcendent moral truths. (I’d argue that the disgust you are intended to feel as you uncover the mansion’s secrets would be impossible if you did not at some level share that sense.)

More valuable, though, is what Resident Evil forces us to contend with through its inversion of the power fantasy.  Power fantasies are fun in part because they let us experience a world in which our existence feels less contingent.  Sometimes, though, it’s important to be reminded that those are still fantasies.  Resident Evil’s limitations highlight how much of a role material security makes us feel superhuman in other games – which points to a danger we can run into if we try to use that in real life to transcend the contingency of our own existence.

In games, as in life, we have a legitimate need to seek various material goods, but when those goods become an end in and of themselves, we forget the ultimate source of our good. It’s all too easy to chase after earthly things in an effort to fabricate a false security, or once having obtained them we may believe ourselves self-sufficient. The limits imposed by Resident Evil’s design, in which you literally cannot take it all with you – can remind us that our existence is not ultimately preserved by the penultimate goods of earth, but by our Creator. It’s an echo of Deuteronomy 8:2: “And he humbled you and let you hunger and fed you with manna, which you did not know, nor did your fathers know, that he might make you know that man does not live by bread alone, but that man lives by everything that precedes out of the mouth of the Lord.”

Gameplay: 5/5 for impeccable design. (You will be frustrated and stressed, but it’s all for a reason.)

Visuals: 4/5. The graphics are aging, but gracefully so.

Sound: 4.5/5. The dialogue is awkward in spots, which I suspect is more of a script issue, but otherwise the music used fits the atmosphere perfectly and the sound effects are haunting.

Replayability: Depends.  You have the option of playing again as a different character, which changes some of the characters you’ll meet, inventory slots, and some tools you will have available, but you’ll have seen the puzzles.  (The focus might be on optimization, though, which would no doubt appeal to certain players.)

The whole point is you’re trapped in a mansion with zombies and mutated flora and fauna, all of which consider you the choicest of snacks, so it’s definitely not for children.  The M (17+) seems pretty fair – I’d certainly skew towards older teens on this one.  Dispatching the undead is often gruesome business, and they certainly have freakish appearances. Other than the violence, there’s a little bit of lewdness in the decor of one bar room, which has some scantily clad pinups on the walls. (There’s also a single puzzle which has you organize book spines to form a nude painting. Not really offensive, but also not really necessary; just noting it as another reason to consider the game’s rating.) 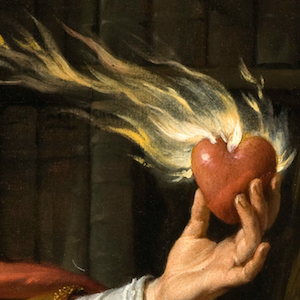