WARNING: Some spoilers ahead

After about ten hours of gameplay, I escaped the Pizzaplex impressed with many of the new game mechanics added to the Five Nights at Freddy’s franchise. Unfortunately, I was also glad it was over, since the fear of losing my progress to another game bug heavily outmatched any fear the game attempted to present in this jump-scare adventure.

For those unfamiliar, Five Nights at Freddy’s (FNAF) is what you might imagine if Chuck-E-Cheese meets horror: animatronic pizza party playhouse turns into a murder scene each night, and you (the player) must survive. Ergo, jump-scares and plenty of moments of frightening hesitation. The series was born in 2014 as a stationary point-and-click game created by the lone developer Scott Cawthon, and has since enjoyed the success of several spinoffs, books, and eight direct sequels, including the latest entry, Security Breach.

Breaking from the mold of playing an overnight security guard glancing at cameras, shutting doors, and peering into the darkness to creepy enemies, Security Breach picks up with the player—an 11 year-old boy named Gregory—inside Freddy Fazbear’s Pizzaplex at night, unable to escape before the exit locks for six hours. With no way out and a story to uncover, Gregory must not just survive: he must use his wits to uncover the sinister details of the recent child disappearances and fight back.

Going into this game, I had played and completed the first game some time ago, but none of the others in the series. For me, the horror genre just doesn’t mesh well with my gaming appetite, and the point-and-click gameplay of many FNAF entries become monotonous. My interest was piqued at Security Breach for it’s more developed story and 3D environment. “A few jump-scares might be worth the interesting new features”, I figured. With nothing more to add, allow me to me review Five Nights at Freddy’s: Security Breach.

Getting away from the point-and-click style of the previous games, Security Breach really came through with the environment. The Pizzaplex was huge, discovering new rooms was fun, and unlocking new abilities and learning how to evade new foes was terrifically planned and assembled into this game. If things get too hard with the darkness, there are settings that can help. And there is almost always a place to hide.

The jump-scares are about what you’d expect with an FNAF game: bump a security bot, get a scare; detected by an archrival, be chased; cross the wrong wires when putting disassembled Freddy back together, and you are punished with a scare from your new ally. The scares were never too much, the noise on these can be turned down, and after failing a task a number of times in a row, the same scare was just predictable. As I progressed through the game, I was generally able to anticipate the scares, unphased on all accounts.

Moments of sincere fright are scattered throughout the game, though, as you are hunted by Vanny, a new enemy. When she is on the loose, music intensifies, she does this creepy frolick, the first-person view has a slow black out, and your player’s stamina can hardly keep up with the threat. But just like the other FNAF games, all elements of horror become familiar since the player will have to repeat tasks so many times.

The game also has bugs. A lot of them. There are graphical errors where characters run through walls, glitches where the player gets stuck, and inputs are wildly inconsistent. This was most frustrating under moments of stress when the game asks the player to quickly perform tasks like making a pizza at a station, pressing a security button while being chased, or firing a weapon to stun an enemy. It seemed as though each time I had to stand a specific distance or angle from that device to interact, and the weapon’s accuracy varied moment to moment regardless of my firing consistency. Enemies would get stuck, too, or I would walk under the path of a security bot and it wouldn’t detect me. When this happened with a main antagonist, I was relieved, but also didn’t feel like I truly “escaped”, rather, the game just didn’t work.

Gameplay woes continued from beginning to end: not just annoying little bugs, but game breaking issues. My game crashed twice on my Twitch stream. There is a mission where you have to lead an enemy to a location in order to be destroyed, and with the instructions and the way the game works, you’d think you have to lure them in and handle the task in a fairly rapid, but stealthy manner. This fell apart when I discovered you can bypass the enemy altogether and hit a few buttons. Moments like that occurred irregularly, but often enough that it probably accounted to a few hours if I were to count them in total.

As far as gameplay is concerned, until a dev team puts several more hours into fixing the bugs and tightening up the graphical issues, the game is scarcely playable.

I’m peripherally aware of the common lore in the series and nothing was deep about Security Breach. It was fun to piece together the story but anything other than the shoestrings of the narrative a player is forced to sit through in conversation and cutscenes was only possible with extra roaming to find clues. For players looking to complete the different endings, these clues are of paramount importance without the aid of an internet walkthrough.

With that said, the standard ending was grim. Learning that Gregory was an orphan living in a cardboard box truly gave me a feeling of sadness and when Vanny caught up with him suggesting a bitter end for the boy, I was wrought with resentment. Having completed the game and survived, the facts of Gregory’s fate compounded only to produce a desire for more justice. And it’s at that point that I’ll transition to the spiritual and moral side of the review.

No, the game didn’t end well for Gregory. But he was warned. Freddy informs the child in the end that more disappearances would occur, and that Vanny was not totally dealt with—that none of the animatronics’ killer programing was completely mitigated.

Better than a warning, Freddy offers Gregory a choice. Rather than leave and save himself (which we then learn was in vain), Gregory is given the opportunity to spend the dawn hours exploring the rest of the unlocked rooms and investigating the secrets of the pizzaplex. It is at this juncture that players who were happy to leave and finish, only to be disappointed by the game’s ending, are given an opportunity to make things better. (Don’t worry, even if you leave, the game will retain your save allowing you to make a different decision if you would like.)

There are several endings to pursue. Some provide closure. Others serve justice. One is a happy ending for everyone, even Vanny. I appreciated this aspect of the game, that players were asked not just to save their own skin, but to put an end to the evil once and for all. That Gregory is asked to make this act as a poor and friendless orphan was a meritorious sacrifice, truly epitomic of Jesus’s divine beatitude: “No one has greater love than this, to lay down one’s life for one’s friends.” (John 15:13).

I found few aspects of this game as strictly troubling for Catholics. I can’t remember a single cuss, wasn’t asked to do anything immoral, didn’t witness any direct violence* (just the suggestion that an animatronic is mauling my character), and found no demonic or sexual theme so flagrant in recent games. Players don’t need to worry about having to collect a pentagram charm or posing in a namaste for yoga. Something to note is that Scott Cawthon proclaims himself to be Christian and pro-life, so this may play into why such themes are infrequent.

*Note that there are other endings/events I did not encounter that are more violent, Catoons will note them in the summary.

Morally, the game is fine, although a word of caution is warranted. The horror genre is not particularly uplifting to the spirit of any video game enthusiast. Thomas Aquinas thoroughly warns that fear is the lowest of all of the virtues. But when the Angelic Doctor refers to fear as a virtue, as does the Catechism (para. 712) and the Bible (cf. Prov. 9:10), he is referring to fear as a device that makes us wise. We are good to fear the edges of cliffs and we are wise to respect the danger of skiing a double black diamond. Here, the presence of fear makes us wise and keep us from harm. So, too, in the spiritual life, a healthy fear of forces opposing to Christian morals will keep us from harm. But that is altogether different from the enjoyment of being horrified for the sensible pleasure of an increased heartrate and panic. When tested, a video game enthusiast will soon realize that these games are counter-productive to the spiritual pursuit of fear as a virtue.

When I look back at FNAF Security Breach I’m hoping that for the sake of not wasting people’s money, that the creators can own up to their poorly released title and fix the bugs as soon as possible. If they can do that, and if Catholic gamers want an interesting venture into a mix of stealth and horror (along with a unique sequel/reboot if you are already a fan), Security Breach isn’t such a bad game to play.

Gameplay: 2.5/5 On account of the extreme amount of game-breaking bugs that pull down all other positive aspects of the game.

Graphics: 3.5/5 Really cool new environment, very convincing of the setting which it was designed after. A real pizza entertainment venue.

Replayability: 4/5 The multiple endings provide that much-desired sense of an honest effort to changing the fate of the protagonist.

Violence: The games are scary, perhaps not as much for adults but very much so for kids. Animatronics do occasionally get damaged, sometimes implicitly but also occasionally through close-up cutscenes. No blood or anything like that, but since they closely resemble humans I would definitely consider it graphic. Remember that the game is rated T by the ESRB for this reason. Finally, when looking into the lore (this mostly requires searching through sources outside of the game, like YouTube) it includes many violent themes such as a certain character being stuck in “animatronic hell” along with the suits being possessed by children that were killed by animatronics/the creators of them.

Sex/Nudity: There might be a piece or two of art that presents Roxanne wolf (a female animatronic) in 80’s style tight clothing but that’s about it. 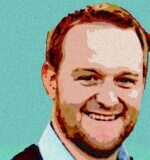