Man, I’m really glad to finally beat this game. Ever since Human Revolution has come out I’ve wanted to beat it. First it was that my computer had issues running it when it initially came out, then I tried on the Wii U version a few years later and came close, I got to The Missing Link then something happened to my save file. And now… now we’re here. So was it worth it to finally finish Deus Ex Human Revolution? Well, let’s find out.

HR has you playing as Adam Jensen, a former police officer who is now doing private security for Sarif Industries, one of the leaders in human augmentation. In the far off world of 2027 we have figured out human augmentations and how we can incorporate robotics into humans… mostly. Sarif gets attacked a few days before a big speech by one of their head researchers Megan Reed, Adam gets completely totaled and Megan is killed, thus Adam gets nearly full body augmented (he never asked for this) and we have to find out why Sarif was attacked. Along with other conspiracies, it wouldn’t be a Deus Ex game after all without a handful of conspiracies. With a brief understanding of HR under our belts how does it hold up, is it intriguing, did I want more, did I agree with what the game presented me? Yes, yes, yes, and… somewhat.

So in order, the story does hold up, it’s told to you in a way you can either get as much information as you want or as little by just going from mission to mission and getting a broad understanding. Which totally works, that’s mostly what I did this run as while I’m really glad that they give you more and more information to immerse yourself in, I didn’t want to do that on stream. It’s something I can appreciate, and in a sense I think the biggest parallel for this would probably be Dark Souls. Dark Souls lets you get more world building from item descriptions and NPCs. Deus Ex lets you read books, email, and listen to NPC’s. But it’s your choice if you want to access all that, and I can appreciate it for catering to everyone. Now, that covers does it hold up, and if it’s intriguing, why did I want more? Well, honestly the story does happen to be pretty good, but there’s some flaws here and there specifically for some of the ending/ NPCs.

Without going too much into detail since it’s the ending of the game, I don’t think humanity would reject science even after this. Regulate it more? Absolutely, and it probably should’ve been in the first place to be honest since you can have blades stored in you as well as gun). While on the note of endings, I will say it is a little disappointing how you can change the ending, it gives you 4 options to choose from right at the very end and you choose it. That’s it. It doesn’t need a replay, it just slaps you with them at the end. Now, to be fair, the original Deus Ex did this as well, so maybe it’s an homage, but it’s still odd that you can be playing a specific way and go against how your character would. Admittedly, that is something that could happen in real life as well, so maybe an emphasis from Adam which path seems preferable with how you’re playing might have solved that. And it’s interesting how even though it is in its infancy, things like augmentations can affect people in real life. A good game gives a story that’s believable but adds some flair of its own that you know isn’t true, but still reels you in because of how close it parallels reality. And they did an excellent job here.

Gameplay for HR happens to be pretty darned good honestly, it gives you a bunch of options and lets you run with it. Do you want to go non-lethal the entire way through? That’s… mostly fine. I say mostly as while it’s been brought up before by other people but it bears repeating now. Each and every boss in the game, you have to kill (minus 1, but that was brought in with the DLC and is not part of the main game) even if you take them out non-lethally for the entire fight the cutscene that follows will show them dead. For most of the fights the stun gun happens to make the bosses do basically nothing as they fight back, and is considered non lethal, nonetheless all my bosses still died. It’s been complained about before and it is something that is annoying. The Director’s Cut did add a bit more variety to the boss fights in how you took them out (turrets, gas, a few other things here and there) but since the bosses dying would change the plot there wasn’t anything that could be touched with that.

Aside from that glaring flaw though, you can do the rest of the game non lethally, heck if you want to avoid all the enemies entirely I believe that actually is possible, just need to be stealthy and have a good knowledge of a lot of stuff (or just reload again and again and again). Now, if you want to go guns blazing you can do that too of course, there’s a lot of different weapons to choose from, although some of them you do get late in the game, or, there isn’t a lot of ammo for some of the weapons so do keep that in mind. As odd of a thought as it might be, I wonder if they let you have too much control? With the original Deus Ex when you got an augmentation you had to make a choice for each one, one or the other. Here, well, as long as you level up enough you can basically invest into everything (mostly).

It seems an odd thing to bring up but I kind of like the idea of something being locked out if you choose something else, makes your actions have consequences. But, if you don’t want to invest points, I suppose you don’t have to, it just feels like a waste. But anyways, the cover system feels good mostly, I did have some issues here and there with it but overall was good. The enemy detection is usually decent, sometimes I did think they noticed me when they shouldn’t but, I may not have seen them, or, it could’ve been a later enemy that did have augmented eyes. It’s a possibility. Overall though the game wants to work with you and your build, not against you.

The game is good at making you feel rewarded though for exploring every nook and cranny as well, it gives you multiple ways to get through each and every level, and each playthrough depending how you build yourself in the early game can be quite different. Which does help a lot with replays, by later in the game you most likely have everything you need to access all the routes but sometimes there will be something you didn’t notice before and a new way in. All the possibilities in this game are just a treat. And is something they adapted from the original Deus Ex into HR just right. Thankfully it makes you want to play more, the story, the characters definitely contribute as well as the entire world makes you want to know more. If you want more of the world you can read the books that were published around this time, now, since I brought it up in Balan Wonderworld that a book shouldn’t be required, this is the opposite of that. You can play all of Deus Ex and not need to read the extra literature. But it’s available and if you really want, you can go even farther.

Admittedly some of the glitches can be annoying as you play though, it’s not very common but once in a while if you use the tranquilizer rifle it can kill someone. If you’re not going for a pacifist run this isn’t the worst part in the world, but if you are, it’s definitely good to double check, especially if you’re going for achievements. Some of the glitches can be humorous as well as the animation for Adam Jensen’s take down’s don’t always line up with the enemies properly. Or you can knock someone out, and they decide to t pose at you every time to make you second guess if they’re really knocked out.

The music by Michael McCann does a good job of making the world of Deus Ex feel alive. But it is a little hard to hear sometimes, but that’s more on me as I didn’t want my microphone picking up the TV.

The graphics look good today even for a 2011 game, some people might find it annoying depending which version of the game they play though for the overlay. For the Director’s Cut it removed the yellow filter in the original release, some really liked it, some didn’t, I didn’t mind it one way or the other as I don’t remember being offset by the yellow filter (plus it was world building with Adam’s glasses).

In conclusion, Deus Ex Human Revolution is a great game, flawed by some things here and there but definitely worth your time.

Gameplay: 4/5, everything works, some small things where it’s not quite perfect but is good.

Graphics: 4/5, the graphics fit the game very well and hold up very well even 10 years later.

Replayability: 4/5 , is replayable, but you can choose most upgrades as you go. However, since there are so many paths you can take it does give you the option to choose different paths.

You can kill people, humans are abducted against their will and literally turned into computers. Some dancing girls that are labeled as strippers but are clothed. There is an instance of suicide by one character in an attempt to kill the player.

Drugs, blood, body horror and some language is present as well. Note that the ESRB rating is M for mature (17+). 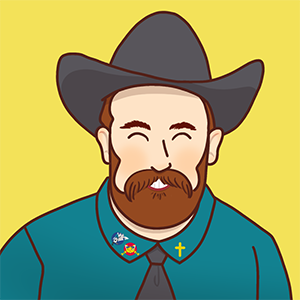