I’ve reviewed a couple soulslike games before now, so it’s about time I take a look at one of the games from the series that started it all. Dark Souls 3 is the final entry in the legendary Dark Souls trilogy, and has a strong emphasis on endings and finality. The gameplay is fluid yet punishing, and the scenery is absolutely gorgeous.

Dark Souls 3 welcomes you to the kingdom of Lothric, which is reaching the final days of an Age of Fire. You are an Unkindled, a person raised from their grave as a last resort to link the fire and continue the Age. Along your quest, you will meet some friends and considerably more foes, and there will be stories of tyrants, heroes, sorcerers, and cursed Undead like yourself, all of which stand in your path. My favorite part of Dark Souls‘s storytelling is that you have to seek out the story yourself. You can choose to progress through the game and not learn anything about anyone you meet, but should you read item descriptions and pay attention to NPC dialogue, you may discover that the world is vastly more intricate than you first imagined. All of the enemies and characters you meet are interconnected somehow, and the game is full of “ah-ha” moments when you realize exactly how certain characters are related. One of my favorite stories is that of the city of Irithyll, and the invaders that seized it for their own. There are plenty of side stories you can discover as well, like a deserter seeking the power of the dragons, or another Unkindled who loses a close friend in their quest. I could go on and on, but it’s much more fun to discover for yourself.

The gameplay is very simple at first glance. You’re given an item slot and two weapon slots, as well as a spell slot, and you can equip any combination of armor, weapons, and support items to customize the way you approach fights. Some players go for Greatswords and heavy armor, brute forcing their way through enemies. Some players use magic to buff and heal themselves and attack. Still others use daggers and perfect dodging. There are plenty of weapons and armor to choose from, though you’ll have to seek out most of them. Bosses will drop their soul, which you can use to obtain their weapons, and NPC armor will typically be available after they are defeated in combat. The limiting factor is weight. Every weapon and armor piece has a weight, and the closer you get to your weight limit, you’ll find yourself unable to sprint or dodge attacks. It’s a careful balancing act that, with practice, turns into part of your character creation.

There is something uniquely cathartic in defeating a huge boss in an epic fight that once seemed impossible. So if hard-won achievement is your thing, Dark Souls 3 has you covered. The bosses are all so unique, and some of the series’ best work is on display. Noteworthy fights include the Abyss Watchers(and yes, there is more than one of them), the Nameless King and his dragon, and the infamous Dancer of the Boreal Valley. Unfortunately, my other favorite fights are spoilers for the story of the DLC. That DLC is worth it, though. If you do play Dark Souls 3, get the DLC with it, because they have some of the best bosses and story content in the game. The first one, Ashes of Ariandel, also unlocks a portion of the game’s multiplayer, which is well worth getting into, especially if you play with friends.

The base game’s multiplayer consists of several player factions called covenants that you can join. Different covenants will fulfill different roles in multiplayer, and there are rewards to be earned from participating. For example, the Fingers of Rosaria and the Mound Makers invade other players’ worlds and seek to kill the host. Hosts, in turn, can summon Blue Sentinels or Warriors of Sunlight to defend them or even help with a boss fight. Some players are polite, and engage in honorable duels. Others will show no honor or mercy, and such is the nature of online multiplayer. You can, of course, play offline and skip all of this, but multiplayer is definitely part of the Dark Souls experience. I have had immense fun summoning my friends and ganging up on a boss, or joining an online fight club. I mentioned earlier the multiplayer of the DLC. Ashes of Ariandel grants you access to the Undead Arena, an even playing field for you to duel your friends without risking losing items. There are also 2v2 and 4v4 modes, but you’re unlikely to find enough random people online for those modes, even if they do sound fun.

Dark Souls 3 is a fun and absolutely beautiful game. The stories you encounter are rich and deep, the gameplay is fluid and intuitive, and the environments are gorgeous. Whether you go it alone or summon a friend in jolly cooperation, there are plenty of memorable moments and exciting challenges to be had. The DLC for the game is absolutely worth it, and the best way to buy the game is to get the deluxe edition on sale. 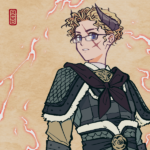