Call of the Sea

Not gonna lie, this review took a while to set up – Mainly because Call of the Sea is very rich in story from start to finish. Since I don’t want to give away spoilers to those reading, talking about the story will be (mostly) out of the question. I’m mentioning this as the review will be quite different from the usual as I will try to explain how the atmosphere and game mentality works without talking about plot. Now with everything said, drum rolls, please!

Call of the Sea was developed by Out of the Blue Games, and is currently available as an Xbox and PC exclusive – So Sorry folks with PlayStations and Switches. The game premiered in December  2020, so you could say it still is fresh fish out of the water.

To say a few things about the story that aren’t really spoilers – The main plot point goes about a woman who lost her husband after going on an adventure to a far away island. Now, you, the player will have to take the task as said woman and find out the clues behind your husband’s disappearance. Through puzzles and exploration, you must try the truth behind his disappearance.  Very dramatic and full of suspense, isn’t it!

How are we going to find out the answer to this mystery? By sending out a bounty hunter, you say? Or going full G.I Joe on an expedition? None of those, dear Watson, this game is a great way to exercise your inner Sherlock Holmes, and I say this because it doesn’t really give out a lot of explanations to resolve its puzzles or what to do after. The full map of the game is divided into different sections and to be able to advance into the next one you’ll need to discover the puzzle and solve it. Most of the time gets spent looking around the map, trying to find clues, or tracing back your own steps. However the game won’t make you smash your head into your desk, or at least it won’t happen if you keep at least one eye open to tiny details around the map. The devil is in the details.

Now in the atmosphere department, this game resembles the awesome Disney movie Atlantis: The Lost Empire. If you don’t believe me, go play the game and come back to me. The game sets you up as a Thatcher, let’s say, and your main objective is to explore. Several of the puzzles that you will encounter require a bit of decoding, and I’m not gonna say what types since that would of course ruin the fun of this game – deciphering the code to figure the bigger picture.

The game makes it worth your while since each discovery gives you more information about the relationships and what occurred up until the point your husband disappeared. All your questions will have an answer, and more mystery will come in, but let’s not get ahead of ourselves.

The soundtrack and sound design are extraordinary, and it does a great job giving you that extra punch to teleport you into a Tarzan-like era where humans knew much less than they know now, and everything had a hint of fantasy or the supernatural.

Now from the Catholic perspective, the game has a very touching and important lesson to deliver, a message that we many times forget, and of which the Lord often reminds us. Love hurts, and if we truly love someone, we will be willing to sacrifice our own pleasure for the good of them. I won’t say anything else to avoid spoilers.

In the end, Call of the Sea is a great experience top to bottom with a beautiful and gorgeous map, and some entertaining yet challenging puzzles that will have you scratching your head on how to solve all its intricate enigmas.

No warnings, only this game has some fantasy thematic, like I mentioned very much as Atlantis: The Lost Empire. 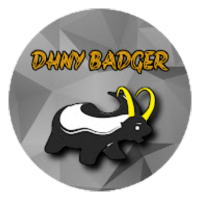 DHNY Badger is a writer at Catholic Game Reviews.