Among Us is a great example of a game that takes a theme and distills it down to essence. For indie developer InnerSloth, the muse is a sci-fi B-movie where the crew must deal with a homicidal shapeshifter embedded in their midst. Good stuff. But combine sci-fi cheese with a multiplayer party game and you have the makings of a hit indie title. At its essence, Among Us is a game of dastardly betrayal, so who better to play it with than your friends?

The game is quite simple. At the start of a round, most players are declared crewmates, while one is secretly declared the Imposter (for larger games, there can be multiple imposters). The crew races to complete assigned tasks to fix the ship, while the Imposter’s goal is to doom their efforts, either by eliminating all crewmates or by sabotage.

Among Us shines for a few reasons. First, InnerSloth did a fantastic job with the presentation. The characters are charming little astronauts, drawn in a cartoony style. Cutesy space pod people embroiled in a game of murder and sabotage is ridiculously hilarious, and this contrast is leveraged to great effect. Classic naval alarms blare across the speakers as the reactor begins to meltdown, and in response the brightly colored crew (variously adorned in viking helms, potted plants, science goggles, or pink flamingo floaties) bounce down the halls in a frantic attempt to stave off impending disaster. Players report any dead bodies that are left in the Imposter’s wake, and players also have the option of calling emergency meetings to report suspicious activity. Of course, you know these meetings are Very SeriousTM because an alert sounds, a red streak flashes across the screen, and players are rushed into discussion mode. After all, there is little time. The Imposter remains among us, and must be found…

In the case of emergency meetings, players can call them by pressing the big red button in the cafeteria, safely ensconced under glass and bordered by black and yellow caution tape. This reliance on superficial tropes is another great aspect of the presentation, as it really enhances the low-budget film effect. The crewmate tasks all have a stereotypical patina of Science and EngineeringTM, but are really just silly busy work. Mechanically, the jobs are simply click, drag, or timing sequences, but on the surface, crewmates must chart courses, clear asteroids, fix wiring, inspect samples, and…reboot WiFi, among many others. In a lot of ways, the gag reminds me of movie hackers that whack on the keyboard for a few seconds to “break in”, or the constitutional peasants “working the fields” in Monty Python and the Holy Grail. Imposters have their own tropes, such as killing the lights and hiding in the ventilation ducts. And the ghosts of deceased crew members continue to work on tasks, so no player has to sit with nothing to do until the game ends (a very welcome gameplay element). Overall, the creativity and variety are appreciated, and I especially liked the non-science tasks, like taking out the trash or buying a drink from the vending machine. There is nothing like buying an energy drink while a homicidal maniac is on the loose.

Besides completing tasks, the more direct (and fun) method of defeating the Imposter is voting to eject the dirty backstabber from the airlock. In “meeting mode”, players are expected to chat and share information, then everyone votes to identify the culprit. Whoever has the most votes is kicked out to certain death. Crewmates can, of course, be misidentified and ejected, too. Ultimately, these meetings are both the strength and a weakness of Among Us. As overly dramatic accusations are hurled against previously tight-knit friends, meetings are a riot. Playing with strangers from the internet, however…your mileage may vary. The game truly relies on human interaction, and while there is a chat option, it just isn’t the same. Also, there is no built-in voice, but even if there was, interactions with randos on the interwebs threaten to subvert the entire experience. Part of the charm of playing with friends is that you know them. If you were on a real ship, you would know your crewmates, too, and so familiarity is key to the best Among Us session possible. Furthermore, maintaining the proper secrecy requires cooperation. It is easy enough for a victim to shout, “CATOONS IS TRYING TO KILL ME”, but that wouldn’t be fair. In a real spaceship, alone with Imposter Catoons, no one would hear you scream. To maintain the integrity of the meetings, the game reminds you to “shhhh” while working on tasks. Not a huge obstacle for a multiplayer game, but everyone must buy-in. In a few of the games I’ve played, everyone communicated over Discord and simply muted their microphones until a meeting was called.

Another reason that Among Us is powered by friendship is that the game itself lacks depth. It should absolutely not apologize for this. It is a party game for friends, and a great one at that. But what you see is what you get, and so the joy of good company is the game’s greatest asset. Sure, there are some strategies to be employed by both crewmates and the Imposter, but this strategic maneuvering, in and of itself, is not enough to sustain the game. Fortunately, Among Us is priced for this niche. It is free on mobile (with ads between matches) and just $5 on Steam. Oh, and cross-play is enabled.

A final criticism is that I simply had more fun playing the Imposter. There is nothing like killing your brother-in-law, and then laughing inwardly as the rest of your family accuses your wife and ejects her from the airlock (despite her desperate protests). Too much fun, but being assigned “crewmate” can almost seem a letdown in comparison.

All in all, Among Us is a delightfully silly multiplayer game that is a blast to play with friends. Most of the Catholic Game Reviews crew played together, and we had a great time (a special thanks to KAMaximilianK for recording the session and capturing screenshots). Just don’t expect the same level of enjoyment beyond your friends and family.

The premise of Among Us is that a homicidal imposter is hidden amidst the crew. So yes, there is violence, albeit presented in a very cartoony fashion.

The game also relies upon online interactions. While these interactions cannot be controlled by InnerSloth, one should always be aware that playing online comes with an inherent risk of inappropriate behavior by other players. 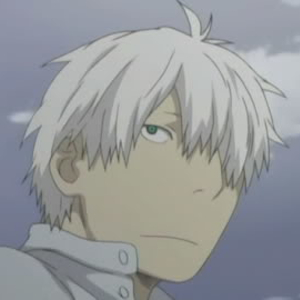