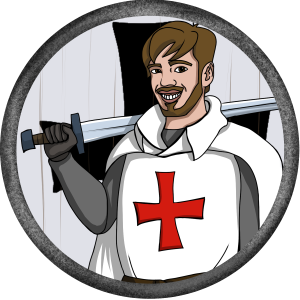 Earlier this year I watched an interview with Katsuhiro Harada, a producer at Bandai Namco who I and many other people know primarily as the man behind the long running Tekken franchise. In this interview he mentioned that despite his nearly ubiquitous association with the king of 3D fighting games, his favorite series is Ace Combat. I found this surprising because up until this point Ace Combat had managed to completely fly under my radar. (In retrospect it’s probably because I’ve never owned a Playstation, which the series was exclusive to for years.) Several months, one Top Gun sequel, and a Steam sale later I finally indulged my newly found passing interest in this series with the subject of today’s review, Ace Combat 7: Skies Unknown. I know the 7th game sounds like a weird place to start, but it’s the only one available on PC at the moment so I’ll just have to take what I can get for now.

The game’s story takes place on a pseudo-Earth known as Strangereal and follows the events of a war between the Osean Federation and the Kingdom of Erusea from the perspective of a silent protagonist referred to by his call sign “Trigger.” According to an online acquaintance of mine with far more experience in the Ace Combat series, the game is technically a follow up to the events of the 4th, 5th, and prequel games in the series. Fortunately as a first time player I never felt I needed to know all that backstory to understand what was going on most of the time. That being said, don’t go into this game expecting The Iliad. The plot only serves to contextualize your current mission and most of the characters are forgettable one-note anime tropes.

The storytelling might be one of the game’s biggest weak spots, but overall it didn’t bother me that much because the gameplay is where Ace Combat’s entertainment value really takes off. Ace Combat is all about fighter planes so you’ll be spending most of your time getting into dogfights with other planes and bombing strategic targets on the ground. Each mission will also have some sort of twist to keep things interesting such as mountainous terrain, stormy weather, or enemies with powerful weapons straight out of a sci-fi movie. On top of all that the controls take a bit of getting used to since they roughly resemble how a real aircraft might handle in these scenarios which makes a lot of sense in a game where most planes you unlock are based on or directly licensed from real manufacturers. These factors combine to create a fairly demanding learning curve for newcomers, but it also allows every scenario to permutate from the game’s core mechanics rather than adding intrusive gimmicks on top of them.

The game’s presentation isn’t too far behind the gameplay in terms of quality. The graphics are very good with focus elements such as the environments and vehicles being particularly convincing. The only blind spot in this regard are the human characters which, despite being in a largely photorealistic video game, have large anime-esque eyes that make them look like they belong in Tekken rather than Ace Combat. Most songs in the game’s soundtrack don’t have catchy melodies, but they often have at least a few instrumental flourishes here and there to keep things interesting. You won’t be humming for hours on end after playing, but it certainly adds to the experience when you’re in the moment. The voice acting and dialogue can be quite campy at times, however it is not without its merits as one of the voice actors (Joe Zieja) was an officer in the United States Air Force and impacted the game’s script by making the terminology used by pilots more authentic which is a huge plus in the game’s favor.

As far as the Catholic moral perspective goes, I think the best conversation starter is the game’s use of artificial intelligence. Enemy drones are always portrayed as a serious threat to the player since they typically move faster than jets manned by pilots and relentlessly pursue allies once targeted. There’s certainly something disgusting about these cold, merciless machines hell-bent on total destruction, but the point where I think this narrative falters is by the very nature of Ace Combat as a video game. In practice, fighting the drones isn’t that much different from fighting “human” pilots since both are still controlled by the game’s programming. This lack of distinction really undermines the artificial intelligence narrative, but to be fair I can imagine the designers would probably have a hard time addressing this issue without sucking all the fun out of dogfighting. As Catholics we must also ensure our message to the world is not undermined by the way we choose to present it. Fortunately for us, we have two thousand years of history to look back on for guidance about what will and won’t fly.

If it wasn’t already obvious, I really enjoyed Ace Combat 7. It’s one of the few single player games in recent memory that made me want to go back to the beginning of the game on a harder difficulty immediately after finishing it for the first time. Maybe there’s a bit of novelty at work in my perspective since this is the first dogfighting flight simulator I’ve ever played, but even when the recency bias wears off I think I’ll still be left with a pretty darn fun game. Fasten your seatbelts and prepare for take off because Ace Combat 7: Skies Unknown is a soaring success.

My love for the Ace Combat series stems from how it has always mixed three things: the “cool factor” of Top Gun; the futuristic gadgetry of a James Bond film; and an exciting storyline that effortlessly tells a dramatic tale with the over-the-top cheesy charm of an 80s action flick. Ace Combat 7 is a worthy successor to the previous entries in the series; tucked in between the absurdly huge airships and the towering space elevators, its story warns of the horrors that ensue when mankind entrusts the mission of peace to mindless machines. On the flip side, it also highlights the ability of a single hero (you, naturally) to unite humanity against great evil, even when all seems lost.

However, the story is at the service of the game’s true strengths: the gameplay and the mission design. The missions and story beats are wonderfully paced, and when you’re in the midst of a giant aerial furball with your wingmen dodging missiles and pulse lasers, AC7 is magnificent at immersing you in the role of a hotshot pilot whose very presence can change the tide of an entire war. As an extra treat, the “Unexpected Visitor” DLC missions are essentially a love letter to “The Hunt for Red October,” and provides one of the best villains in the entire series. Overall, AC7 is a lot of fun to play, and I highly recommend the Ace Combat “PS2 trilogy” (4, 5, and Zero) as well.

Morality and Parental Warnings: Ace Combat 7: Skies Unknown puts the player behind the controls of a fighter jet to dogfight other planes and drop bombs on grounded targets. There’s no blood or gore, but human casualties, both military and civilian, are definitely implied from all the explosions unless the target happens to be a drone. The game’s dialogue has a lot of swearing as well as the Lord’s name in vain.

If you enjoyed reading this article, please consider donating to our Patreon so we can keep this site afloat and continue to review games from the Catholic perspective. We even have special perks for patrons such as complimentary stickers, access to our Discord server, and even the chance to recommend games you want to see us review in the future.