Hype is the great curse of any artistic medium. A failure to generate hype will cause your product to fly under the radar, but too much praise can color a person’s view of the work significantly when it cannot live up to the expectation one has placed on it, even if it is good overall. This was my experience going into today’s title for the first time, for while I had liked it I could not help feeling the game was a little overrated. Having passed out of the era of this game’s hype train though, a second run of the main campaign had me looking a little closer this time. This replay took a mere three hours to complete, and surprisingly I was met with something that touched me in a way games don’t often do. Allow me to elaborate.

Developed and published by Matt Makes Games and released on January 25th, 2018, Celeste is a narrative-driven airdash platformer released for PC, Nintendo Switch, Playstation 4, and Xbox One. Its premise involves a girl attempting to climb a magical mountain that manifests the darkness in her heart, braving a myriad of tight platforming challenges and tense narrative events.

Please note this review was played on PC via the Epic Games Store, and your experience on other consoles may vary (although probably slightly).

First let me discuss the basic mechanics of the game. You character and heroine is a girl who I will refer to as The Climber from here on, as though she does have a canonical name (Madeline) the player is free to rename her to whatever they wish, and I encourage players to pick a name that will help make the journey more personal. The Climber has three main abilities: jumping, climbing, and dashing. Jumping is pretty self-explanatory, but the other two are the foundation of all of Celeste’s design decisions. Climbing allows The Climber to stick to and ascend/descend vertical surfaces for a decent amount of time and is mostly used for repositioning for extra jumps and grasping platforms you otherwise couldn’t reach. Dashing allows you to quickly move in one of eight directions (the orthogonals and the diagonals) a fixed distance. This enables you to avoid obstacles, increase jump height and distance, and destroy select objects. These abilities come together to give the player the tools to overcome the game’s levels, and they are open-ended enough that players can even find their own paths through the challenges in some scenarios.

The levels themselves each bring their own mechanics that test the player in different ways. One chapter might place an emphasis on moving platforms and utilizing the momentum they generate, while another might feature blowing winds which demand careful use of dashes to adapt for their presence. It serves to give Celeste variety between chapters which makes booting up the next level feel like an adventure. My personal favorite being the Old Site’s mechanic, which I have dubbed “Somnium Blocks,” that are dashed through to travel great distances at high speeds, as well as resetting your stamina, giving the level a fast and playful feel. The only downside of having each level contain its own mechanics is that the difficulty curve of the game is prone to some subjectivity, meaning I cannot say for sure if the game’s level progression is perfectly matched to the player’s skill. Chapter 3’s hazards that move in cycles gave me more trouble than some of the later chapters’ gimmicks, but I’m aware other players probably found them easy, and found later levels harder.

Another significant feature of these levels is the sheer number of secrets found throughout them. There are strawberries which test both platforming and exploratory skills, hidden puzzles and riddles which are important to the post game, and even music tapes that unlock super challenging bonus levels called B-sides (And even after that, tapes for only the most hardcore: C-sides). It’s honestly kind of silly how much extra stuff you can collect, and players who enjoy searching video games for secrets will probably adore Celeste. As I said in the opening paragraph, my rerun of the game only took three hours, but a player who messes up the climb up Mount Celeste more than I did will take longer, and the extra stages will give players new peaks to conquer long after the credits roll. You can even unlock a game within the game! Rest assured, the game gives back the value you pay for it.

The story of Celeste has a very simple set up. The Climber travels to Mount Celeste in hopes of reaching its summit. Along the way she meets a variety of people, and is challenged by the mountain’s mysterious ability to manifest the anxieties and flaws of those who travel there. Now, the writing on display definitely is not perfect, in particular one character uses lingo which was embarrassingly dated even in 2018, and the much of the characters’ backstories and depth is mostly crammed into one long cutscene. Albeit this cutscene is interactive and makes going through it a little more interesting, but I would have liked the content of the scene to have been spread over other parts of the story intermingled with some of the more subtle moments. That being said, where this story does land, it hits the emotions hard. Perhaps it’s natural that a story with themes like fear, resolve, and the human heart would resonate with a lot of people,  but upon re-experiencing The Climber’s journey to the summit, I found myself reflecting on my own struggles with self-hatred, which is a pretty impressive feat for a video game. This aspect of the game is definitely a point of caution going in, as it’d be unfortunate if someone went in unprepared to tackle such heavy topics, both in its fantastical manifestation of The Climber’s anxieties and in the very real moments where she has full-on panic attacks. I think it also goes without saying that there’s a morality concern with the fantastical elements, as facing the embodiment of your inner demons is not something one should prescribe over, say, seeking the Mercy, Forgiveness, and Strength freely given by our Lord Jesus Christ, or even just finding a friend or professional to confide in. On the whole though, the story seemed much stronger than I first thought it was, and no, the irony of giving it a glowing review after I just warned against excess hype is not lost on me, but it truly is deserving of being mentioned as one of the game’s better aspects.

Celeste’s presentation takes the classic indie game approach of using the artistic limitations of the last millennium to attract an older audience, but it also includes some bursts of modern tools to accentuate the story. The game’s levels are chock full of enchanting pixel backgrounds and well designed obstacles that communicate their importance to the platforming challenges without being visually noisy. The story textboxes and illustrations sport cute and clean artwork with some delightfully mellow colors, and it’s fun to be rewarded with a new picture after every level. The game’s music is also extremely well incorporated, with synthesized sounds accentuating moments of tension and high-stakes platorming, and gentle piano and guitar melodies providing moments of serenity. It’s a fantastic looking and sounding game across the board.

So in conclusion, Celeste is a challenging, exciting, and heartfelt game. With perfectly precise platforming and an intimate story, this mountain journey is well worth seeing through to its conclusion. It might be a bit of a struggle for some players, but ultimately these kinds of games thrive on the catharsis of overcoming obstacles once thought impossible and if that’s what you’re looking for Celeste is a great pick. My first outing with this game may not have given me this same opinion, but with fresh eyes and more careful thought I’m confident this new perspective better reflects the game’s true quality. I just hope I haven’t sent anyone else’s expectations too high, either.

Celeste’s story takes place on a mountain with a mysterious spiritual power that manifests the protagonist’s anxieties. Some frightening images and situations result from this, and even after the credits roll parents may want to discuss with their kids about what exactly happens in the story and how it relates to them. Beyond this there is a spooky ghost character that appears in one chapter, and another chapter takes place in an ancient temple with eldritch monsters chasing the player and some small altars with skulls on them in the background. In a DLC update for the game, The Climber has pride flags in her room, which the developers confirmed identify her as transgender. This is never hinted at in the base game (it’s likely a retroactive continuity), and getting to the particular scene involves beating a ridiculously hard post-game, but it’s worth noting. (Post game report provided by Catoons.) 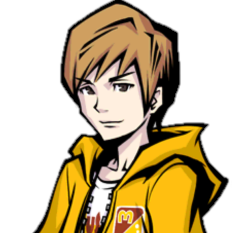 A student of philosophy on a campus with Benedictine monks, "PeaceRibbon" is just an ordinary introvert looking to put his hours of playing games to good use. He's played games on every Nintendo console since the family Wii and later took up PC games once aware of Steam. He's explored a lot of genres, but his favorites have been story driven RPGs and fighting games. Often finds himself going deep into gaming culture and seeking out low-profile titles over keeping up with big releases.